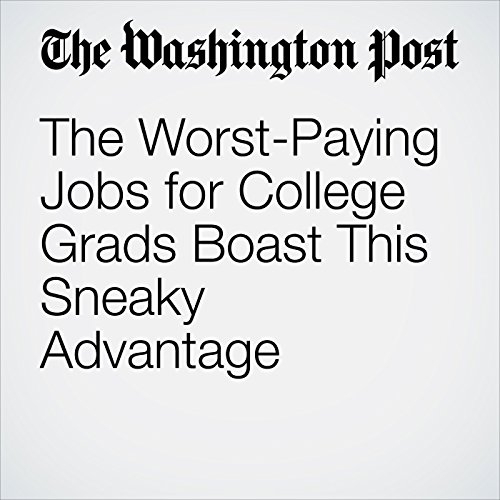 The job title “Wall Street trader” once evoked sleek suits, martini-soaked lunches and chaotic offices  — a gateway to prosperity at a relatively young age. But earlier this year, Marty Chavez, the chief financial officer of Goldman Sachs, revealed that some of the investment bank’s well-paid humans were being replaced by unpaid robots.

"The Worst-Paying Jobs for College Grads Boast This Sneaky Advantage" is from the May 15, 2017 Business section of The Washington Post. It was written by Danielle Paquette and narrated by Sam Scholl.