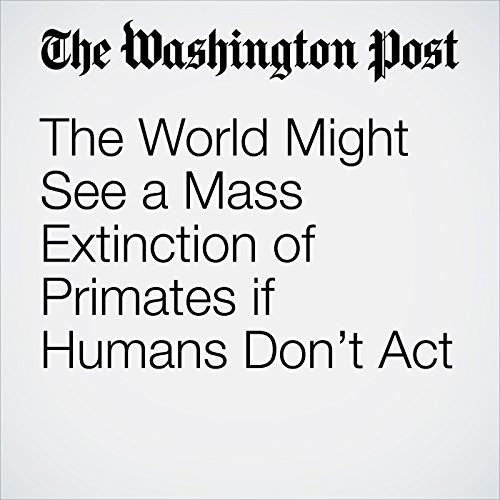 In a bleak new study published this week in the journal Science Advances, 31 top primatologists warn that the planet could see a mass extinction of nonhuman primates as a consequence of human activities. Some 60 percent of species are in danger of becoming extinct, the researchers write, and a full 75 percent are in decline. If the effects of habitat loss, hunting and man-made climate change aren't mitigated, they say, our closest animal cousins will start to vanish in the next 25 to 50 years.

"The World Might See a Mass Extinction of Primates if Humans Don’t Act" is from the January 19, 2017 Speaking of Science section of The Washington Post. It was written by Sarah Kaplan and narrated by Sam Scholl.