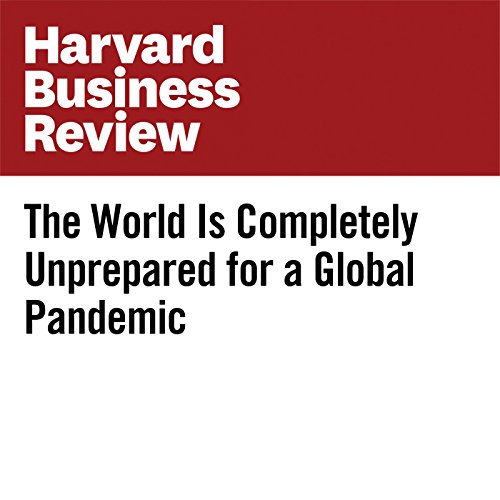 In 2003 a doctor with SARS unknowingly infected several guests while staying at a Hong Kong hotel, and overnight the virus reached across the globe. China is currently battling a bird flu that kills nearly half of the people infected. If Ebola, which transmits through fluids, were spread by air, or if Zika, which has reached over 50 countries, were as deadly as Ebola, we would be facing an unprecedented catastrophe. An uncontrolled outbreak or bioterror attack could result in a contagion that kills over 30 million people.

"The World Is Completely Unprepared for a Global Pandemic" is from hbr.org, published on March 15, 2017.

Wow. Dummy guide to a pandemic. We were not prepared. Quick easy listen. Take 10 minutes to listen.

What mentioned in this article is really happening to us - a novel coronavirus-19 pandemic. These scientists' contribution to global community is invaluable. This finding can be considered a strong evidence against those who mostly look down on scientists' work.