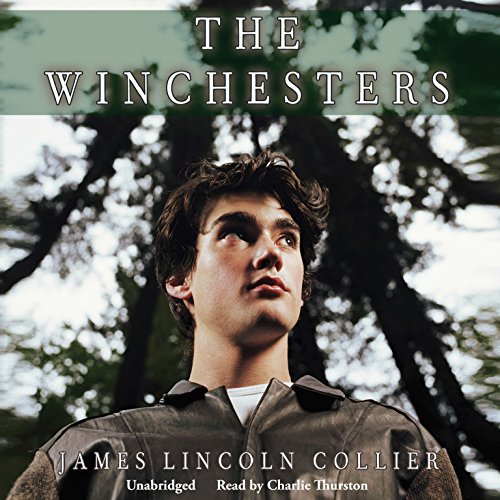 Fourteen-year-old Chris Winchester is torn between two worlds. By birth, he’s part of the indomitable Winchester clan, owners of the enormous electronics factory that employs nearly everyone in town. Yet Chris’ father gave up his stake in the business to work for the Peace Corp. When he died, Chris, his mother, and his twin sisters moved into a tiny gatehouse on the Winchester estate - poor relations living on family goodwill. While his cousin Ernest is groomed to take over the family fortune, Chris attends public school and makes friends with the kids in town. He can’t understand why a crisis at his uncle’s factory makes people suddenly hate him, but a wage cut and a threatened strike have everyone’s nerves on edge.

In the eyes of the townspeople, Chris is guilty by association, for he bears the Winchester name. When things turn ugly, Chris discovers that his family can get very tough. Power is like a muscle, his uncle explains, and it must be flexed to keep it strong. Chris senses that power can be used to destroy, as well. In spite of himself, Chris is drawn into the inner circle of the Winchester clan. Suddenly he realizes that part of the Winchester wealth might be his one day. Being rich sounds exciting, but his uncle’s protection is not without its price, and Chris’ conscience is uneasy. As he journeys toward adulthood he is faced with some difficult questions: Where does he belong, and whose side is he on?

©1989 James Lincoln Collier (P)2013 AudioGO Ltd.
“[An] affecting study of an adolescent’s search for identity.” ( Publishers Weekly)
“Readers will identify with [Chris’] desire to give up his doubts about his family and to enjoy the spoils of their wealth, but they will also applaud him in his final confrontations with them. A solid Collier offering.” ( School Library Journal)