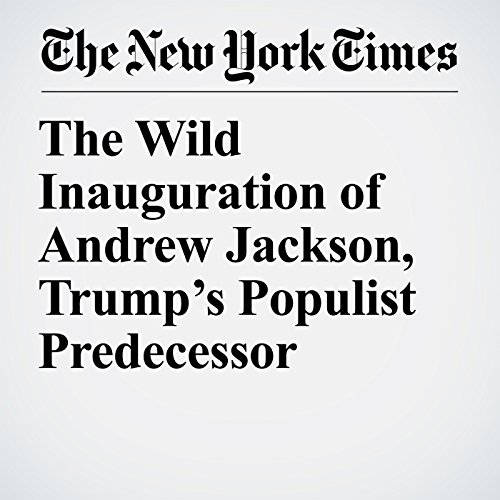 With crowds streaming into Washington for the inauguration Friday, commentators and historians were harking back to the inauguration of the seventh president on March 4, 1829, when a crowd of thousands mobbed the Capitol building and the White House, representing to many at the time the danger of the mob run amok.

"The Wild Inauguration of Andrew Jackson, Trump’s Populist Predecessor" is from the January 20, 2017 U.S. section of The New York Times. It was written by Jonah Engel Bromwich and narrated by Corey M. Snow.