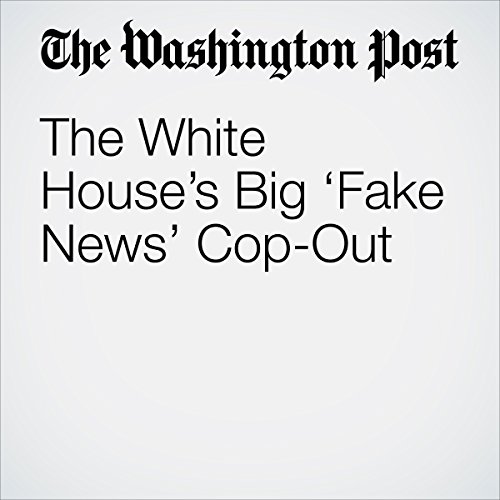 Few political terms have been weaponized as quickly and effectively as "fake news." It's now a mainstay of the Trump White House's rhetoric and a pithy talking point for conservatives. In just eight letters, it says pretty much everything they believe about the mainstream media.

It's also a cop-out.

"The White House’s Big ‘Fake News’ Cop-Out" is from the February 26, 2017 Politics section of The Washington Post. It was written by Aaron Blake and narrated by Jenny Hoops.