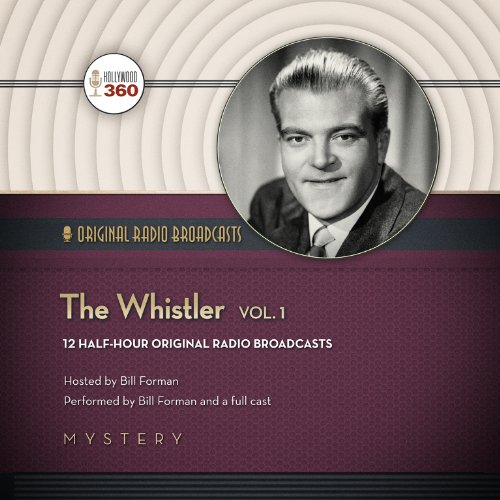 The Whistler was one of radio's top mystery programs airing from May 16, 1942 until September 22, 1955. The Whistler was an ominous narrator who opened each episode with, "I am the Whistler, and I know many things, for I walk by night. I know many strange tales, many secrets hidden in the hearts of men andwomen who have stepped into the shadows. I know the nameless terrors of which they dare not speak." The opening dialogue was heard over the echo of footsteps and Wilbur Hatch's haunting signature thirteen-note theme, whistled each week by Dorothy Roberts.

The stories followed an effective formula in which a person'scriminal acts were typically undone by their own missteps. The Whistler narrated, often commenting directly on the action in the manner of a Greek chorus, taunting the criminal from an omniscient perspective.

Listen for the Whistler.

I loved this show. It was dark and a little scary. I also loved those surprise endings. Very much like Twighlight Zone and Alfred Hitchcock Show. The bad guys always get what's coming to them.