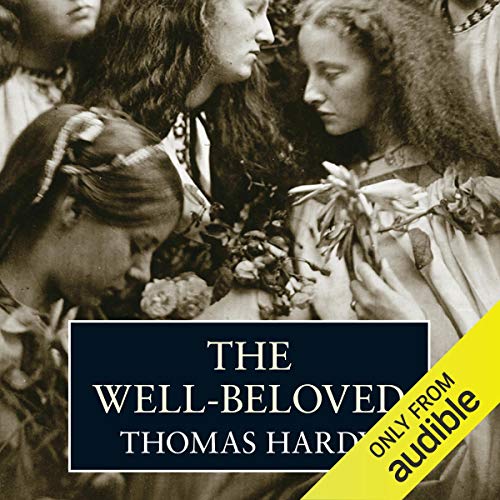 Set on the Isle of Slingers, this novel follows the exploits of Jocelyn Pierston, a sculptor who falls in love successively with three generations of island women, seeking female perfection, just as he strives to realise the ideal woman in stone.
Public Domain (P)2014 Audible, Inc.

Fickle Love on Portland and in London

Love the voice, but it's not enough

I like Thomas Hardy novels, but despite this one being read by one of my favourite voice actors, it was not enough to hold my attention. The story rambles and I lost all sympathy with the protagonist. I didn't finish the book.

Would you ever listen to anything by Thomas Hardy again?

What does Robert Powell bring to the story that you wouldn’t experience if you had only read the book?

He has a beautiful voice and reads very well, bringing his characters to life. He manages to read the female parts in a very believable way, as well, which is no mean feat.

Did The Well-Beloved inspire you to do anything?

Only to stop reading it! To be honest, it did get me to sleep quite well on a number of nights, which is no bad thing since I often find it difficult. But then, probably almost any book read by Robert Powell would have done that job.

I'm glad I tried it, since it was one of the few Hardy's I have never read.

I was in great anticipation finding that Robert Powell was the narrator of this Thomas Hardy story, as I'm a longstanding admirer of Robert's work. Sadly I am bewidered, disappointed and decidedly irritated by this experienced and well respected actor's continuous mis-pronounciation of the commonplace female name of 'Avice' throughout the entire book. It's pronounced 'AY-VISS.' Not pronouncing the 'A' like the 'A' in 'hat' and 'cat'. Like in the word 'Avarice'. What's wrong with him? Has he never met a lady with this name in his long life. Does he not research his projects beforehand? Obviously not. I expected more from this esteemed actor's narration here. It spoils the entire listening experience for me. I guess I'll read the book myself to overlay a more positive memory of the novel.