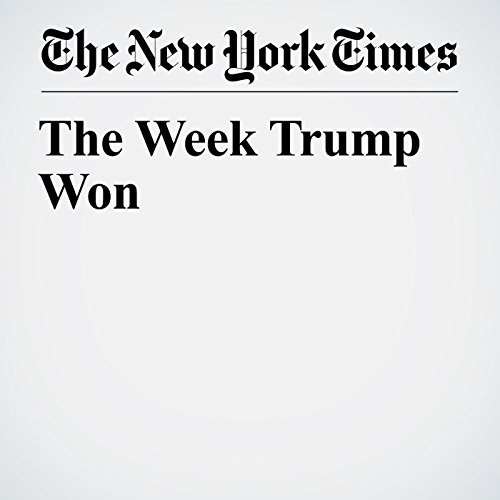 One hundred years ago on Friday, John Reed was in St. Petersburg watching Lenin, Trotsky and the rest of the Bolsheviks take over Russia. It was interesting to read his account, “Ten Days That Shook the World,” this week — the week when Donald Trump and Steve Bannon solidified their grip on the Republican Party and America’s national government.

"The Week Trump Won" is from the October 26, 2017 Opinion section of The New York Times. It was written by David Brooks and narrated by Barbara Benjamin-Creel.