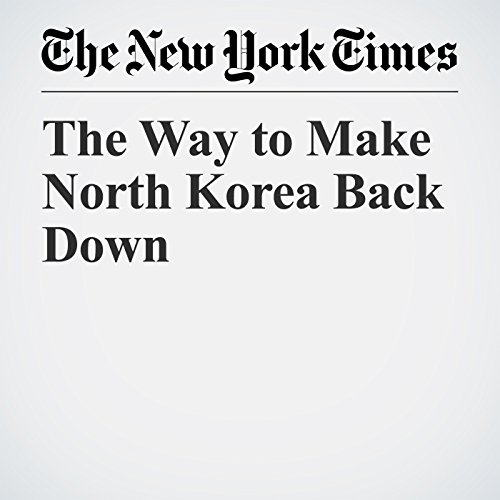 After Sunday’s nuclear test, the most powerful yet, and two successful intercontinental missile tests in July, North Korea can credibly threaten to nuke a major United States city and kill millions of Americans. To date, the Trump administration, frustrated by its misplaced hopes of Chinese cooperation to restrain Pyongyang, has been reduced to empty bluster, while others, including a senior official in the previous administration, are resigned to living with a nuclear-armed regime on the Korean Peninsula.

"The Way to Make North Korea Back Down" is from the September 05, 2017 Opinion section of The New York Times. It was written by Sung Yoon Lee and narrated by Kristi Burns.