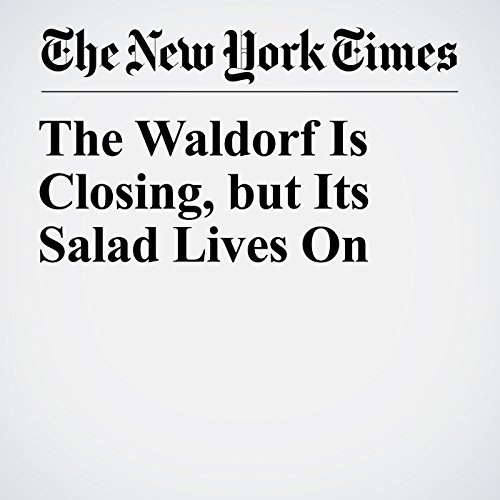 After the Waldorf Hotel opened in March 1893, writer Oliver Herford quipped that it “brought exclusiveness to the masses.” The same could be said for the famous Waldorf salad, a dish that was made for New York City’s elite but that became, through the 20th century, a staple of Americana.

"The Waldorf Is Closing, but Its Salad Lives On" is from the February 21, 2017 Lifestyle section of The New York Times. It was written by Rachelle Bergstein and narrated by Keith Sellon-Wright.

Cosa pensano gli ascoltatori di The Waldorf Is Closing, but Its Salad Lives On