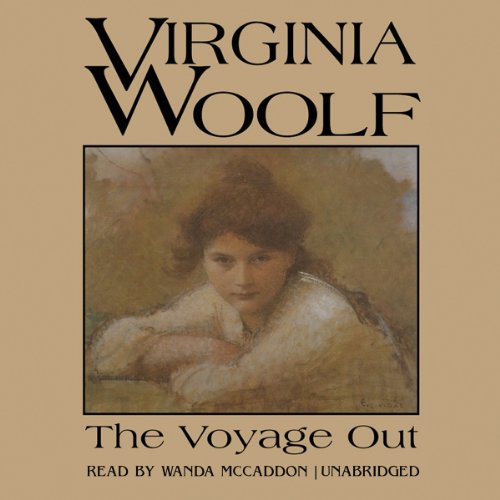 First published in 1915, The Voyage Out marked the literary debut of one of the great pioneers of the modern novel. Virginia Woolf's extraordinary narrative follows a group of lively, eccentric British tourists embarking on a sea voyage from London to South America. Among them is Rachel Vinrace, a shy, motherless young woman who has been taken along under the wing of her Aunt Helen, so that she may learn "how to live".

The narrative shifts focus between its heroine and the peripheral characters with their chorus of viewpoints. For Rachel, the voyage becomes a journey toward intellectual and emotional maturity. Arriving in Santa Marina, a village on the South American coast, Rachel is introduced to a group of English expatriates, among them the sensitive young Terence Hewet, an aspiring writer with whom she falls into a doomed romance.

"[An] inspired book whose scene is a South Americana not found on any map, reached by a boat which would not float on any sea, an Americana whose spiritual boundaries touch Xanadu and Atlantis." (E.M. Forster)
"For all its tragic interest, The Voyage Out is not low-keyed; it even has a slight buoyancy of tone, as if clear perception itself brought a continual zest to its writer. Woolf has the diversity of power which makes the great writer of narrative." (New Republic)

Tough to get through this one

I'm a big fan of the narrator (Woolf not so much), but it was a chore getting through this one.

This is a great presentations of one of the classics. With Miss Woolf second only to Jane Austen in the density of coverage in popular culture it's well worth a visit and a natural starting point as the first novel in the Woolf ouvre.
However, as with her predecessor, The Voyage Out serves principally to highlight what a marvellous achievement Mrs Dalloway was - coming some ten years later when her skills had been honed on Jacob's Room.