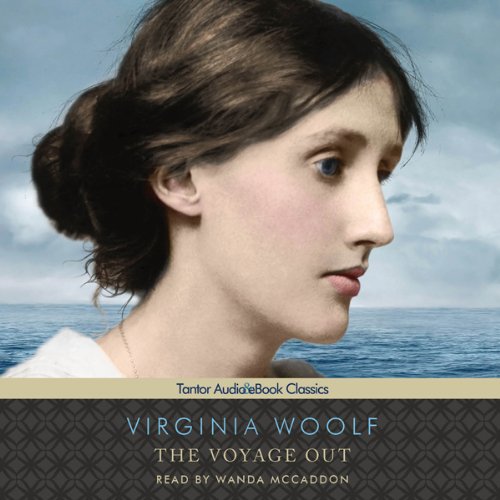 Rachel Vinrace, Virginia Woolf's first heroine, is a motherless young woman who, at 24, embarks on a sea voyage with a party of other English folk to South America. Guileless, and with only a smattering of education, Rachel is taken under the wing of her aunt Helen, who wishes to teach Rachel "how to live." Arriving in Santa Marina, a village on the South American coast, Rachel and Helen are introduced to a group of English expatriates. Among them is the young, sensitive Terence Hewet, an aspiring writer, with whom Rachel falls in love. But theirs is ultimately a tale of doomed love, set against a chorus of other stories and other points of view, as the narrative shifts focus between its central and peripheral characters.

Less formally experimental than her later novels, The Voyage Out nonetheless clearly lays bare the poetic style and innovative technique---with its multiple figures of consciousness, its detailed portraits of characters' inner lives, and its constant shifting between the quotidian and the profound---that are the signature of Woolf's fiction.

Perceptively and sensitively performed as there are many characters and dialogue propels the novel forward. A very satisfactory reading and listening experience, observant, detailed, crafted masterly. This is a novel readers should read, put on their reading list, whether one is going through the classic or not. Read beyond Virginia Woolf's To the Lighthouse and Mrs. Dalloway. I'm going now to Jacob's Room.