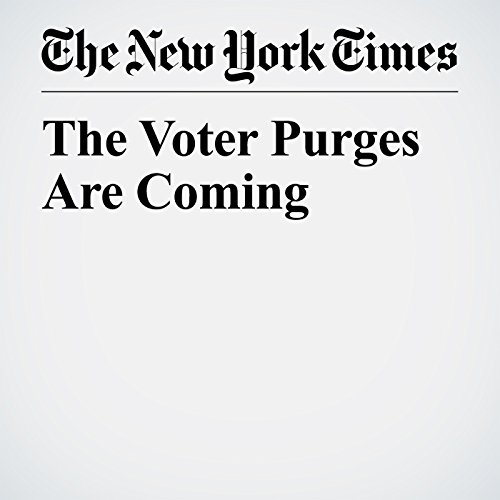 The Trump administration’s election-integrity commission will have its first meeting on Wednesday to map out how the president will strip the right to vote from millions of Americans. It hasn’t gotten off to the strongest start: Its astonishing request last month that each state hand over voters’ personal data was met with bipartisan condemnation. Yet it is joined in its efforts to disenfranchise citizens by the immensely more powerful Justice Department.

"The Voter Purges Are Coming" is from the July 18, 2017 Opinion section of The New York Times. It was written by Vanita Gupta and narrated by Kristi Burns.