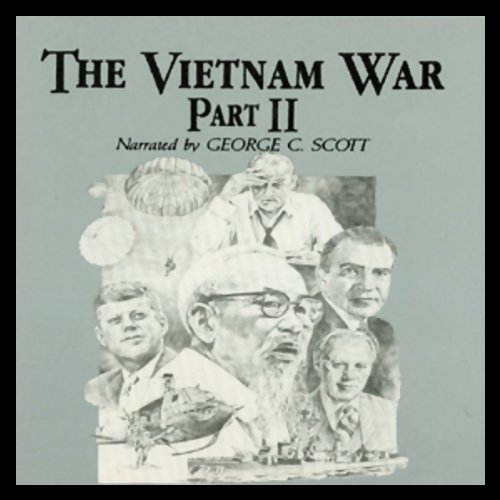 After WWII, Korea was divided in half at the 38th parallel. To the north were the Communists; to the south were the United Nations peacekeeping forces. In June 1950, North Korean soldiers backed by Soviet-built tanks poured across the parallel. The Korean conflict became one of the first expressions of the Cold War between Russia and America. It was an attempt to balance the power that had been thrown so badly out of alignment by WWII. But Korea would bring victory to neither side. It would merely reaffirm the deadlock.

In 1954, the country of Vietnam was also divided in half at the 17th parallel. To the north was the Communist regime of Ho Chi Minh; to the south was the America-backed regime of Ngo Dinh Diem. Elections to unify the country were scheduled for 1956, but they were never held. Instead, each side used military means to accomplish political goals.

To America, Vietnam symbolized her ability to contain communism in Asia. To the Communists, Vietnam symbolized their ability to defeat America in warfare. It became a struggle to the death between East and West, not only between military forces but also between opposing ideologies. Meanwhile, the fabric of Vietnamese society had been torn apart.

By 1961, the Cold War was escalating, with John F. Kennedy in the White House and Nikita Khrushchev in the Kremlin. Both Sides held nuclear weapons, and they tested each other for weakness. But by 1964, Kennedy had been assassinated and the Soviets were at odds with communist China. The new American president, Lyndon B. Johnson, found himself trapped in a war without end. His solution was to escalate America's military commitment in Vietnam. Between November 1963 and July 1965, Johnson transformed America's limited engagement in Vietnam into an open-ended commitment.

This book follows Part 1, which covers the Korean Conflict.

Taken as a pair, these two books are simply fantastically efficient and effective. In the space of just a few hours I got what is without a doubt best synopsis and overview of Korea and Vietnam that I've yet found. I've watched video documentaries many times longer that didn't come close to describing either conflict this well, let alone draw the two wars together into a single overarching narrative that manages to place them in their proper historical and geopolitical context both regionally and globally. They have an excellent use of quotes, with convincing and engaging voice acting that accent a truly great overall production value highlighted by the fabulous narration by no other than George C. Scott.

I generally really love the entire series by Wendy McElroy, but this two part set is particularly good. Highly recommended for anyone trying to wrap their head around these complicated and nebulous wars and the tumultuous chapter of history they represent..