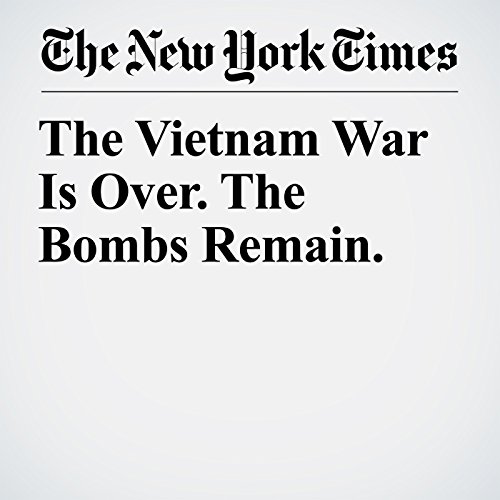 Shading my eyes from the bright sun, I stared into the bomb crater amid the verdant rice paddies. While it had been nearly 50 years since the last American planes riddled the countryside near Danang in central Vietnam, craters still pockmark the land. Some of the deep depressions remain dry while others, a testament to the ingenuity of the villagers, serve as watering holes for the oxen that farmers harness to till their fields.

"The Vietnam War Is Over. The Bombs Remain." is from the March 20, 2018 Opinion section of The New York Times. It was written by Ariel Garfinkel and narrated by Kristi Burns.

Cosa pensano gli ascoltatori di The Vietnam War Is Over. The Bombs Remain.