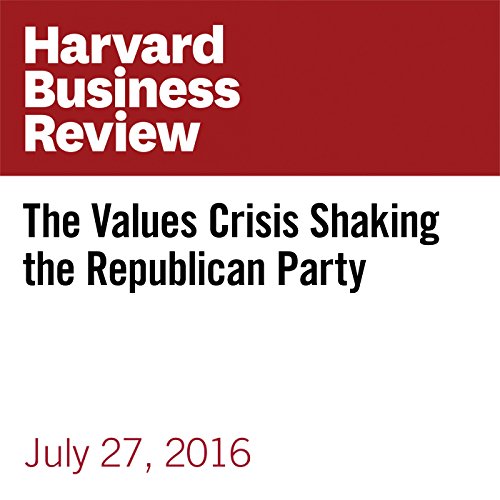 The Democratic National Convention has been a star-studded affair, particularly in contrast to its Republican counterpart a week ago. Last night’s speech by Bill Clinton and video appearance by 91-year-old Jimmy Carter, and tonight’s appearance by Barack Obama remind us that every living Democratic President supports Hillary Clinton. Previous candidates and future presidential hopefuls have also turned out in force. By contrast, the RNC struggled to find Republican luminaries to fill its speaking roster. No living Republican president, and only one past nominee (Bob Dole), even appeared at the convention.

"The Values Crisis Shaking the Republican Party" is from hbr.org, published on July 27, 2016.