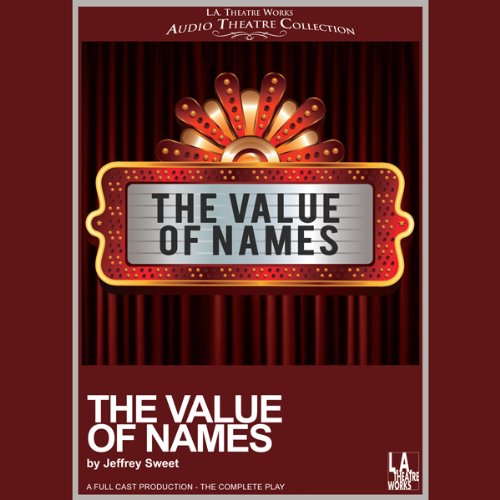 The Value of Names

Benny Silverman, a retired, successful actor, seems to have surmounted the bitter time in his life when Leo Greshen, a good friend and colleague "named" him in front of the House Committee on Un-American Activities. Benny's flourishing career was nearly destroyed, and his comeback was slow and painful.

The two men haven't spoken since. But they are forced to deal with each other 30 years after the fact, when Benny's daughter wins a career-making role in a hot new play Leo is directing.

This warm recording of a live L.A. Theaterworks performance of playwright Jeffrey Sweet's historical-political play The Value of Names recreates for listeners the feel of being in a sold-out theater. Featuring a full cast including renowned Hollywood actors Hector Elizondo, Garry Marshall, and Sally Murphy, the play considers the aftereffects of McCarthyism, when Benny Silverman, a retired actor, faces the prospect of his daughter acting in a play directed by Leo Greshen, the man who "named" him in front of the House Committee on Un-American Activities. Funny, thought-provoking, and political, The Value of Names is a unique listening experience for fans of the stage.