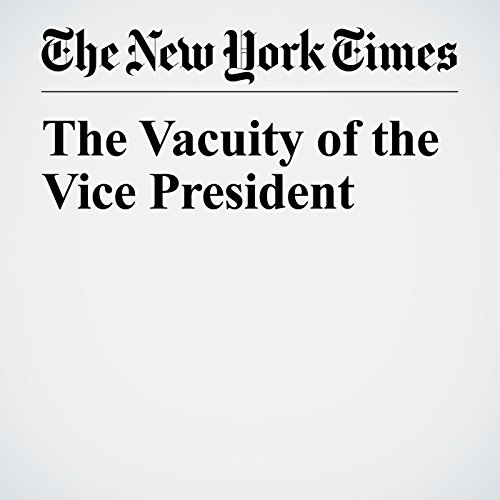 With Donald Trump in Asia plugging his golf resort and telling his hosts “I never knew we had so many countries,” the leaderless United States has had a week to try out President Mike Pence. Make that Pastor Pence.

"The Vacuity of the Vice President" is from the November 10, 2017 Opinion section of The New York Times. It was written by Timothy Egan and narrated by Barbara Benjamin-Creel.