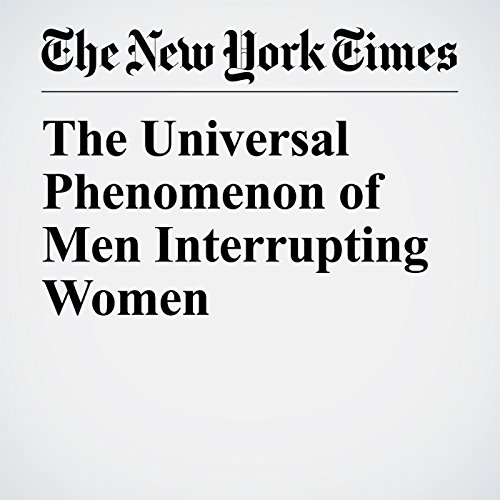 For women in business and beyond, it was an I-told-you-so day.The twin spectacles Tuesday — an Uber board member’s wisecrack about women talking too much, and Sen. Kamala Harris, D-Calif., being interrupted for the second time in a week by her male colleagues — triggered an outpouring of recognition and what has become almost ritual social-media outrage.

"The Universal Phenomenon of Men Interrupting Women" is from the June 14, 2017 Business section of The New York Times. It was written by Susan Chira and narrated by Barbara Benjamin-Creel.