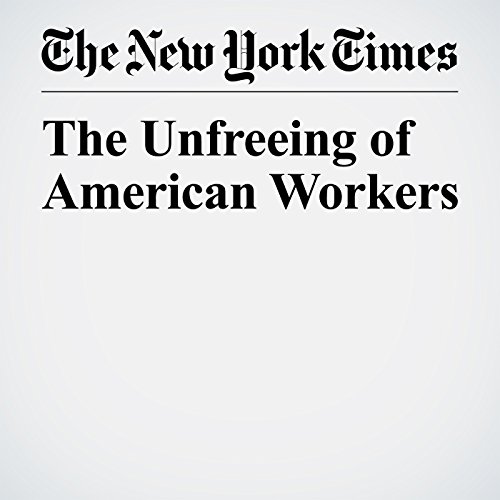 American conservatives love to talk about freedom. Milton Friedman’s famous pro-capitalist book and TV series were titled “Free to Choose.” And the hard-liners in the House pushing for a complete dismantling of Obamacare call themselves the Freedom Caucus.

"The Unfreeing of American Workers" is from the May 21, 2017 Opinion section of The New York Times. It was written by Paul Krugman and narrated by Keith Sellon-Wright.