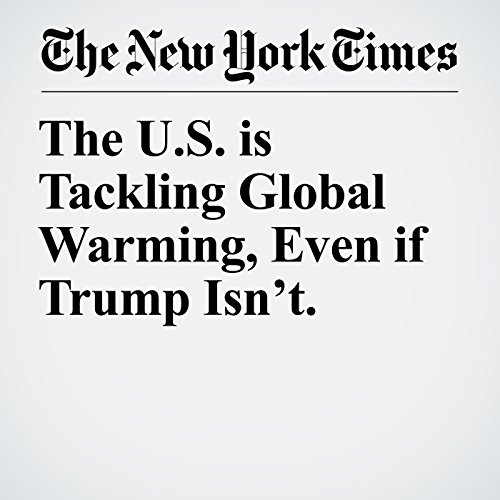 The U.S. is Tackling Global Warming, Even if Trump Isn’t.

World leaders have been meeting in Bonn, Germany, since last week to discuss carrying out the 2015 Paris climate agreement. Sadly, though not unexpectedly, the White House and federal agencies have largely been absent from the negotiating table. But American leaders from state capitols, city halls and businesses across the country have shown up in force, and we have delivered a unified message to the world: American society remains committed to our pledge under the agreement.

"The U.S. is Tackling Global Warming, Even if Trump Isn’t." is from the November 14, 2017 Opinion section of The New York Times. It was written by Michael R. Bloomberg and Jerry Brown and narrated by Barbara Benjamin-Creel.