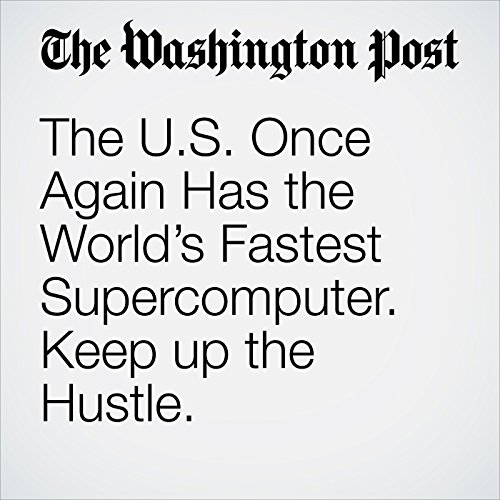 The United States has knocked China out of the No. 1 position in supercomputing. This week, when the latest ranking of the 500 fastest supercomputers in the world was released, the Energy Department’s new Summit machine reclaimed a distinction that China has held for five years. The development is more than a matter of national pride; supercomputers are an indispensable tool for national security, technological progress and economic competitiveness.

"The U.S. Once Again Has the World’s Fastest Supercomputer. Keep up the Hustle." is from the June 25, 2018 Opinion section of The Washington Post. It was written by Jack Dongarra and narrated by Sam Scholl.

Cosa pensano gli ascoltatori di The U.S. Once Again Has the World’s Fastest Supercomputer. Keep up the Hustle.