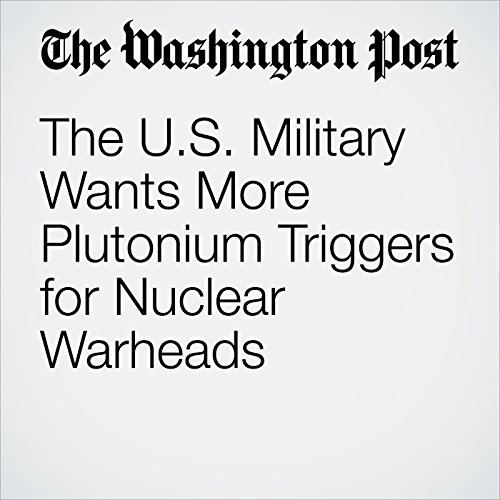 The U.S. military is concerned that the government isn’t moving quickly enough to ramp up American production of the plutonium cores that trigger nuclear warheads, as the Trump administration proceeds with a $1 trillion overhaul of the nation’s nuclear force.

"The U.S. Military Wants More Plutonium Triggers for Nuclear Warheads" is from the March 22, 2018 National section of The Washington Post. It was written by Paul Sonne and narrated by Sam Scholl.