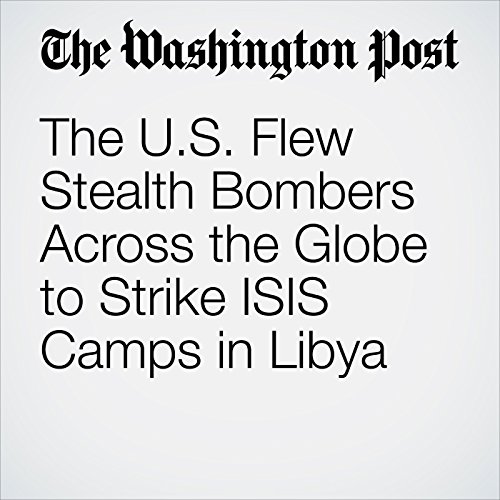 Pentagon Press Secretary Peter Cook said that the aircraft, known for their distinctive bat-like appearance, dropped more than a 100 bombs and hit two Islamic State encampments about 30 miles outside Sirte. The outposts were inhabited at least in part by fighters who had fled the city in the fall, and the operation was approved by President Obama, Cook said.

"The U.S. Flew Stealth Bombers Across the Globe to Strike ISIS Camps in Libya" is from the January 19, 2017 World section of The Washington Post. It was written by Thomas Gibbons-Neff and Dan Lamothe and narrated by Sam Scholl.