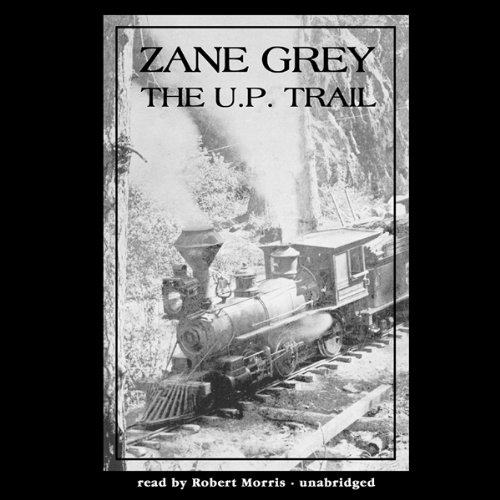 In 1865, a party of engineers toils in the Wyoming hills on a survey as dangerous as it is difficult: preparing the way for the Union Pacific Railroad. Young surveyor Warren Neale’s hunger for adventure and his desire to see a railroad connecting East and West earn him a job promotion. Soon he will marry beautiful Allie, a girl he rescued after her wagon train was raided by the Sioux.

But Neale is outraged when he discovers corruption among the railroad construction companies. And when Allie is kidnapped by ruffians, he loses his will to succeed. Neale’s challenges heighten in Benton, a construction camp full of stragglers, parasites, and desperadoes. Here he meets the seductive and legendary Beauty Stranton. And here prowls the man who plans to use Allie as a lure for his gambling pits. Will there be one more nameless grave among those dotting the slopes along the railroad?

Someone who enjoys the sappy side of cowboy romance novels.

Would you be willing to try another one of Robert Morris’s performances?

I Might, he was doing the best he could considering the story he had to work with.