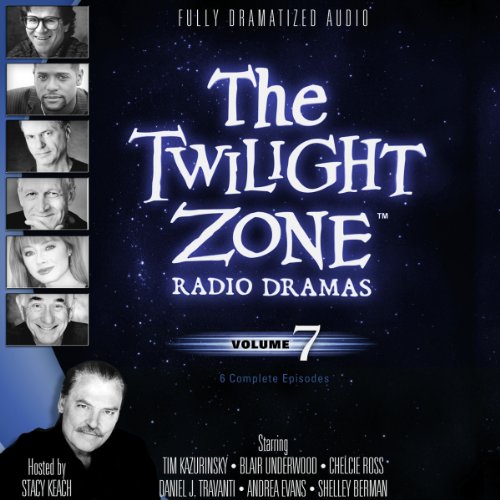 "Hocus-Pocus and Frisby "(starring Shelley Berman): A celebrated teller of tall tales finds no one will believe his latest yarn - that aliens kidnapped him, believing he was Earth's greatest intellect.

"Cavender Is Coming" (starring Andrea Evans): A hapless apprentice angel is given one last chance to win his wings, by helping awkward, inept Agnes Grep.

"The Little People" (starring Daniel J. Travanti): A space traveler terrorizes the tiny inhabitants of a space station into accepting him as their god, but when another spaceship arrives, the tyrannical man discovers everything is relative.

"One More Pallbearer "(starring Chelcie Ross): A wealthy man devises an elaborate hoax to force three people to apologize for humiliating him earlier in his life.

"Big Tall Wish "(starring Blair Underwood): A 10-year-old boy with special powers promises a washed-up prizefighter that he will make a wish for him to win his comeback fight.

"The Living Doll" (starring Tim Kazurinsky): A man is threatened with revenge by his stepdaughter's evil talking doll when he plans to dispose of it.

love this drama ....its a great way to escape the work day as you work thru it!!!