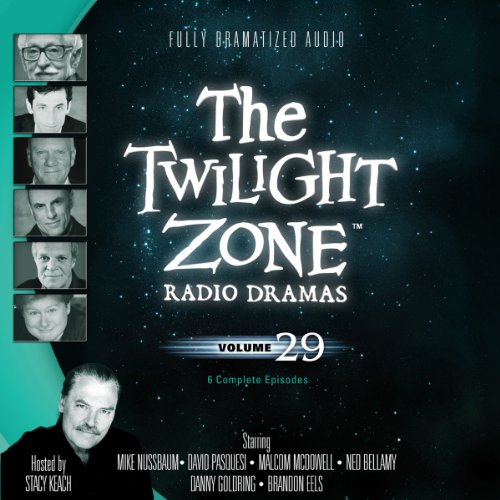 "The 25th Hour" (starring Mike Nussbaum): A busy executive can't find enough time in his week to keep his boss and his girlfriend satisfied. This problem is quickly solved when a strange old man with a mysterious invention gives him all the time he needs - but at what price?

"The Nanobots" (starring David Pasquesi): A washed up reporter takes on nanotechnology as his new assignment. He happens across a new way to clean up oceanic oil spills only to find that the microscopic nanobots will eat just about anything - and everything.

"Another Place in Time"(starring Malcolm McDowell): A physicist on a remote island in the Irish Sea finds a link to multiple dimensions. Contemporary science refers to them as parallel universes. Two people find out the hard way that the grass isn't always greener on the other side.

"Ten Days" (starring Ned Bellamy): Michael Franklin is a driven workaholic who focuses on business at the expense of genuine human contact. When Michael finds out he has only ten days to live, he realizes that he's been living his life all wrong - but is it too late to do anything about it?

"Missing, Presumed Dead"(starring Danny Goldring): Letters written by an army captain to parents of soldiers missing in action could have the power over whether the soldiers live or die.

"Rest Stop" (starring Brandon Eels): In books, films, and television shows that explore alien invasion of the planet Earth, the aliens are either very good or very bad. When a massive alien invasion of Earth takes place, the whole world reacts in ways both expected and unexpected.

I love it and the story is brilliant love the sound effects and every Thing about it.