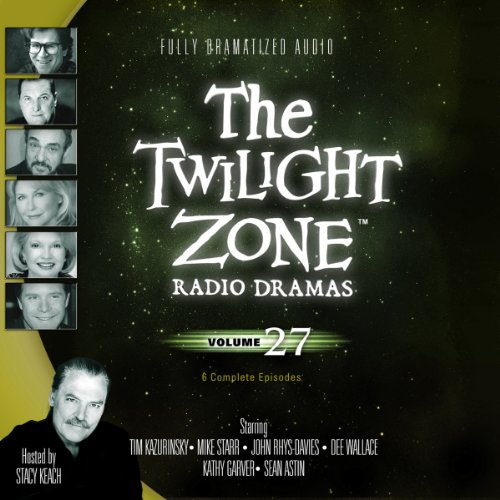 "There Goes the Neighborhood" (starring Tim Kazurinsky): When a timid scientist builds a device that transports a grotesque beast from another dimension, he quickly learns the unsightly visitor has a kind, gentle nature. The scientist must thwart his greedy wife's efforts to exploit the creature.

"The Walkabouts" (starring Mike Starr): A writer of conspiracy books claims to have concrete evidence that UFOs and aliens really do exist. His goal is to write a best seller blowing the lid off the topic - but in doing so, he may make an enemy or two.

"Once Upon a Time" (starring John Rhys-Davies): Janitor Woodrow Mulligan escapes to the future thanks to his employer's time-helmet invention. Once there, though, he's not so sure the future is all that it's cracked up to be.

"Now You Hear It, Now You Don't" (starring Dee Wallace): A powerful businesswoman reluctantly agrees to wear an experimental hearing aid when she begins to lose her hearing. With the aid of the hearing device, she believes she can now hear other people's thoughts - and fears her husband is plotting to kill her.

"The Invaders" (starring Kathy Garver): An elderly couple living on a remote farm is attacked by tiny alien invaders from another planet, and the pair is soon in a battle for their very lives.

"Beewinjapeedee" (starring Sean Astin): A documentary filmmaker travels to the Everglades in search of his brother's killer and encounters a legendary Indian princess and shape-shifter with a ravenous appetite.

the quality of your sounds are amazing and website is very easy. I really enjoyed the twilight zone book, but too expensive .