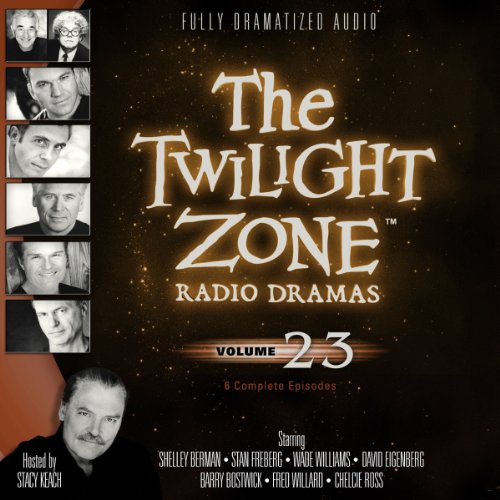 "Kick the Can" (starring Shelley Berman and Stan Freberg): The senior residents of Sunnyvale decide that the secret to youth is acting young, and in particular playing a childhood game called "kick-the-can." One grumpy resident refuses to play and learns to regret it.

"A Game of Pool" (starring Wade Williams): A young pool player finds himself pitted against Fats Brown, a long-dead champion pool player who returns from the grave to play him with deadly stakes.

"A Penny for Your Thoughts" (starring David Eigenberg): Gaining telepathic abilities when his coin lands on its edge, bank clerk Hector B. Poole learns about the difference between other people's plans and fantasies.

"On Thursday We Leave for Home" (starring Barry Bostwick): A colony on a sparse planet banked by two suns has barely survived for 30 years because their megalomaniac leader dictates their every move. When a rescue ship arrives and offers them a new life back on Earth, things do not go as planned.

"Third from the Sun" (starring Fred Willard): Certain that a nuclear war is imminent, a scientist plots to escape with his family and closest friends in an experimental spaceship to a planet 11 million miles away.

"A Stop at Willoughby" (starring Chelcie Ross): A harassed executive commuting by train escapes into the peaceful town of Willoughby - in July 1880.