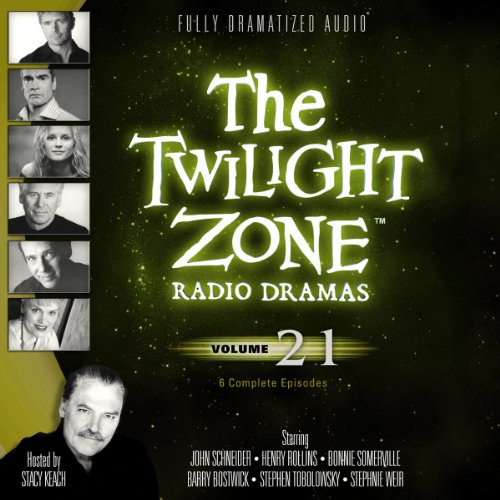 "Death Ship" (starring John Schneider): Three astronauts from Earth discover a wrecked duplicate of their spaceship on a distant planet - and their own dead bodies are inside.

"Pattern for Doomsday"(starring Henry Rollins): A tremendous asteroid is on a collision course with Earth, and a computer selects eight people from all walks of life to escape on the lone spaceship.

"Nightmare as a Child"(starring Bonnie Somerville): A precocious little girl frightens a teacher by revealing secrets from the woman's past.

"And When the Sky Was Opened" (starring Barry Bostwick): Three astronauts return from the first successful space probe but are unable to recall what happened on the flight.

"Little Girl Lost" (starring Stephen Tobolowsky): A six-year-old girl inexplicably disappears from her bedroom, but her parents are able to hear her cries for help.

"Jess-Belle" (starring Stephnie Weir): A mountain girl named Jess-Belle wins back the love of her fickle boyfriend with the help of a witch who exacts a high price for her love potion.