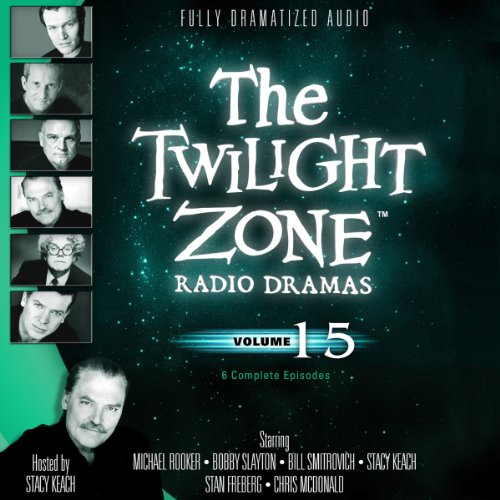 "The Purple Testament", starring Michael Rooker: Lieutenant Fitzgerald has found his own special wartime nightmare - looking into the faces of his men prior to battle, he has the disquieting ability to see who is about to die.

"Printer's Devil", starring Bobby Slayton: A newspaper editor who is facing bankruptcy hires a man with the uncanny ability to turn his business into a goldmine... at a steep price.

"Dust", starring Bill Smitrovich: A man is to be hung for accidentally running over a young girl with his wagon and killing her. The man's father will do anything to save his son, including buying "magic" dust that he believes will change everything.

"The Jeopardy Room", starring Stacy Keach: A KGB agent sent to kill a Russian defector plants a bomb in the man's hotel room and gives him three hours to find and disarm it, and sow in his freedom - or else fail and die.

"The Fugitive", starring Stan Freberg: A magical old man delights the local children with his power to change his appearance. When he's discovered by two men searching for him, a little girl comes to his aid.

"The Silence", starring Chris McDonald: Archie Taylor offers incessant talker Jamie Tennyson a fortune if he can keep quiet for a year. It's a bet that Tennyson can't resist and insists on winning - at any cost.

Some episodes are good some very good. Every volume is somehow great! Very pleasant listen👍