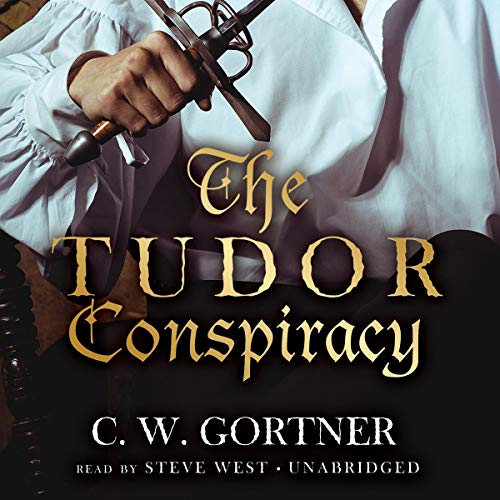 Hunted by a shadowy foe in Bloody Mary’s court, Brendan Prescott plunges into London’s treacherous underworld to unravel a dark conspiracy that could make Elizabeth queen - or send her to her death.

England, 1553. Harsh winter encroaches upon the realm. Mary Tudor has become queen to popular acclaim, and her enemies are imprisoned in the Tower. But when she’s betrothed to Philip, Catholic prince of Spain, putting her Protestant subjects in peril, rumors of a plot to depose her swirl around the one person many consider to be England’s heir and only hope: the queen’s half-sister, Princess Elizabeth.

Haunted by his past, Brendan Prescott lives far from the intrigues of court. But his time of refuge comes to an end when his foe and mentor, the spymaster Cecil, brings him disquieting news that sends him on a dangerous mission. Elizabeth is held captive at court, the target of the Spanish ambassador, who seeks her demise. Obliged to return to the palace where he almost lost his life, Brendan finds himself working as a double agent for Queen Mary herself, who orders Brendan to secure proof that will be his cherished Elizabeth’s undoing.

Plunged into a deadly game of cat and mouse with a mysterious opponent who hides a terrifying secret, Brendan races against time to retrieve a cache of the princess’ private letters, even as he begins to realize that in this dark world of betrayal and deceit, where power is supreme and sister can turn against sister, nothing - and no one - is what it seems.

totally enjoyed this story. absolutely looking forward to reading the next book. Steve west is an awesome orator.

Another installment in this imaginative series! Though I do not highly rate many books, I have found it impossible to hold back when it comes to Gortner novels. Extremely entertaining combination of history and fantasy, this dramatic series makes me feel like I know all of the characters personally.

I just loved this book! Great story that kept you wanting it to go on and on! CW Gortner is a marvel!

Keeps you guessing and wondering what could possibly happen next. I’ll be sad when the series ends.

Historical fiction is my favorite. This one spins off facts and takes the reader through a story that is interesting. Please don't read this one if the fiction part of historical fiction offends you.

Another excellent listen. Sad and don't understand the reason of losing a favorite character but still enjoyed it

I love this series so far! Going to dive right into #3. The narrator is awesome! I need to find more books by him as well. No spoilers.... but one part of this book was so sad! I almost cried and I had to stop reading for a while to recover. But overall it was awesome! I would highly recommend the series if you're into Kings and Queens stories. This is a great mix of real history and fiction!

brilliant performance of Steve West. His narrative is mesmerizing. The Story was interesting. Steve West is incredible.

Very enjoyable, well read. Hope for more from this author. Interesting plot about an interesting time.

Great find, the Tudor series from this author introduces an intriguing and believable twist to a familiar period of history.