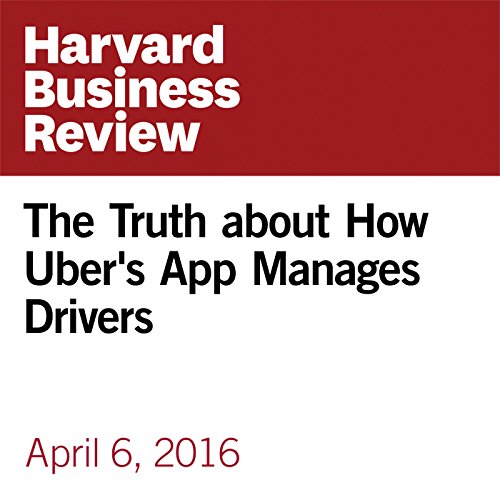 Since Uber was founded, in 2009, its workforce has continued to grow exponentially: 400,000 drivers are considered “active” on the Uber platform today, and 1.1 million drivers are active on the platform globally. The company manages a large, disaggregated workforce of “driver-partners” that deliver a relatively standardized experience to passengers, while simultaneously promoting drivers as independent entrepreneurs whose work is characterized by freedom, flexibility, and independence.

"The Truth about How Uber's App Manages Drivers" is from hbr.org, published on April 6, 2016