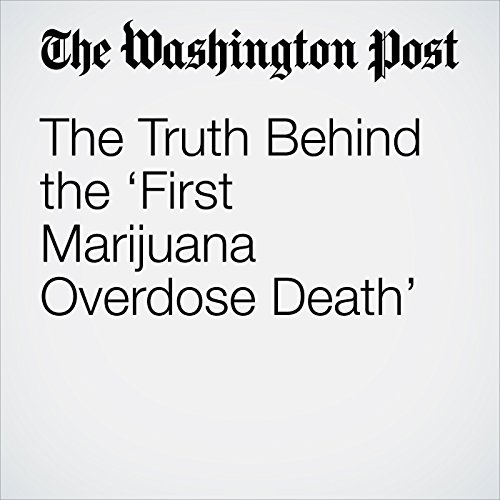 A case report about the seizure and death of an 11-month old after exposure to cannabis has prompted headlines about “the first marijuana overdose death” this week. Except that’s not what the doctors meant.

"The Truth Behind the ‘First Marijuana Overdose Death’" is from the November 17, 2017 National section of The Washington Post. It was written by Ellie Silverman and narrated by Jenny Hoops.