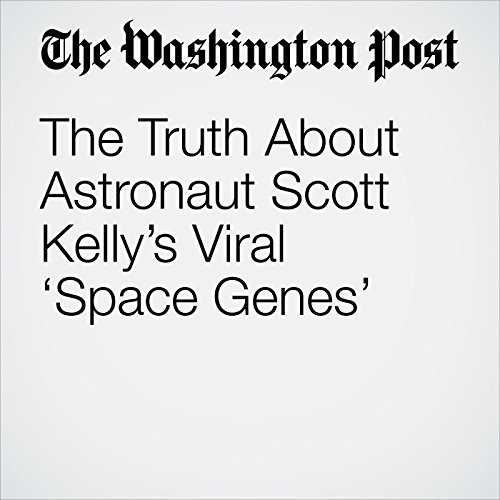 In March 2016, NASA astronaut Scott Kelly returned from an unprecedented 340-day mission on the International Space Station. A year later, his doctors released preliminary results of an extensive study comparing his health to that of his earthbound identical twin brother, Mark. And this past January, NASA announced that attendees at a recent scientific workshop agreed on the initial medical conclusion — that space travel takes a significant toll and can result in changes at the molecular level.

"The Truth About Astronaut Scott Kelly’s Viral ‘Space Genes’" is from the March 16, 2018 National section of The Washington Post. It was written by Sarah Kaplan and narrated by Jenny Hoops.