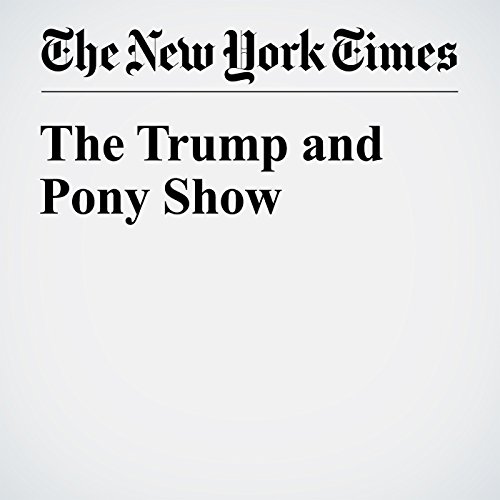 I’m going to follow the advice an old journalism hand gave me when I started out at City Hall: pay more attention to what a politician does than to what he says. In that sense, Trump’s adviser Kellyanne Conway was half-right when she urged people to largely ignore “what’s come out of his mouth.”

"The Trump and Pony Show" is from the January 13, 2017 Opinion section of The New York Times. It was written by Timothy Egan and narrated by Barbara Benjamin-Creel.