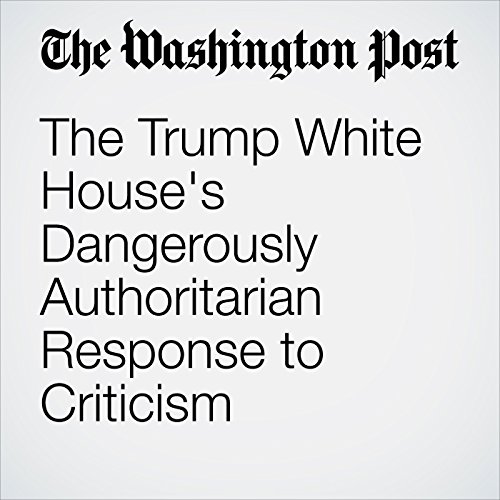 President Trump, as the White House will often remind us, is a counterpuncher. You hit him; he hits back twice as hard. You bring a knife; he brings a bazooka.

"The Trump White House's Dangerously Authoritarian Response to Criticism" is from the October 10, 2017 Politics section of The Washington Post. It was written by Aaron Blake and narrated by Sam Scholl.