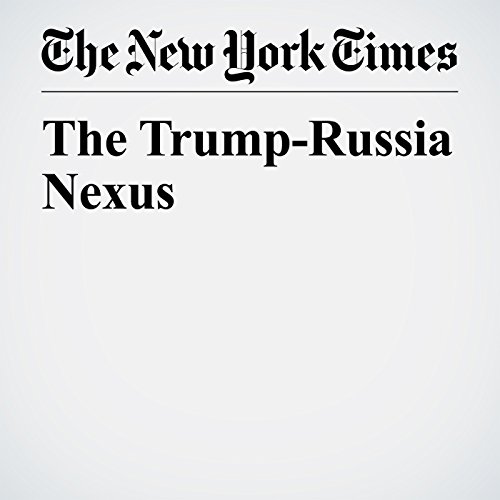 The acting director of the FBI, Andrew McCabe, told Congress on Thursday that President Donald Trump’s firing of James Comey has not derailed the agency’s investigation into possible collusion between Russia and the Trump campaign. Which is good news. Despite Trump’s assertion that the idea of collusion is “a total hoax,” and despite many unknowns, the links continue to pile up. Here is a partial accounting of the connections we do know something about.

"The Trump-Russia Nexus" is from the May 11, 2017 Opinion section of The New York Times. It was written by The Editorial Board and narrated by Mike DelGaudio.