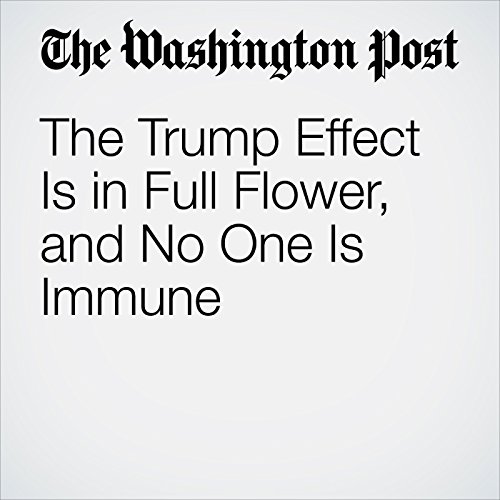 Less than two weeks into the presidency of Donald Trump, the center ground, to the extent it still existed, has collapsed. Trump’s presidency has done more than polarize the country; it has established terms of battle likely to persist indefinitely.

"The Trump Effect Is in Full Flower, and No One Is Immune" is from the January 31, 2017 Politics section of The Washington Post. It was written by Dan Balz and narrated by Sam Scholl.

Cosa pensano gli ascoltatori di The Trump Effect Is in Full Flower, and No One Is Immune