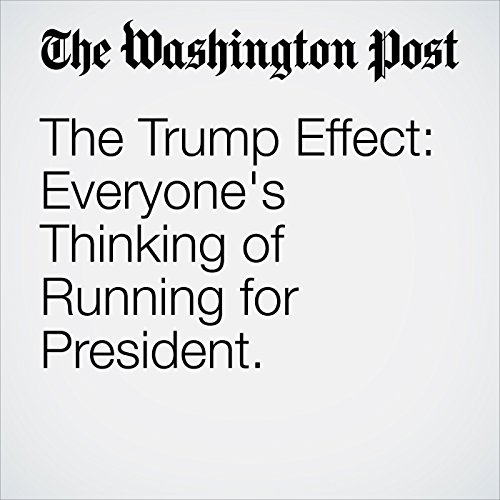 When former vice president Joe Biden announced a few days ago that he was setting up a new political action committee called American Possibilities, the political world read it as a signal: He’s seriously thinking of running for president in 2020.

"The Trump Effect: Everyone's Thinking of Running for President." is from the June 06, 2017 Politics section of The Washington Post. It was written by  Karen Tumulty and John Wagner and narrated by Sam Scholl.