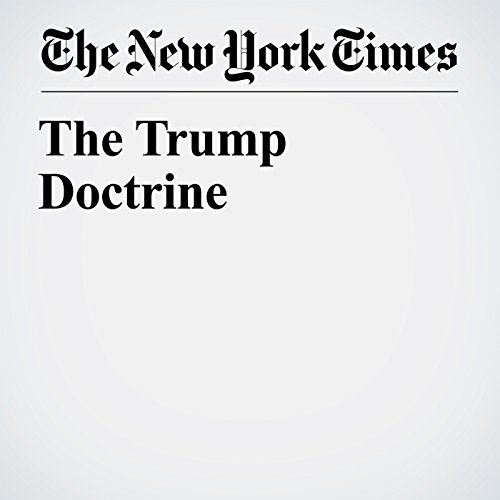 Well, it took almost a year, but we now have the “Trump Doctrine.” It’s very simple. And, as you’d expect, it fits neatly into a tweet. On nearly every major issue, President Donald Trump’s position is: “Obama built it. I broke it. You fix it.”

"The Trump Doctrine" is from the October 17, 2017 Opinion section of The New York Times. It was written by Thomas L. Friedman and narrated by Kristi Burns.