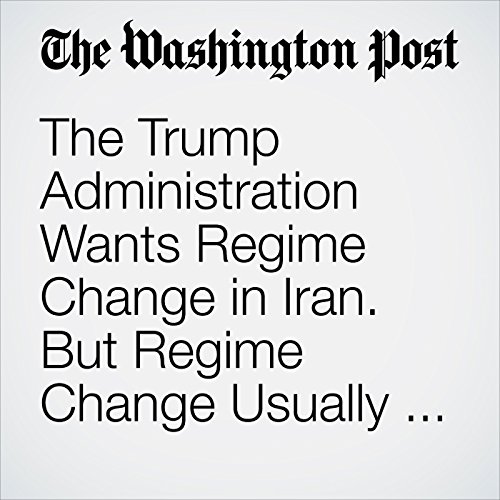 President Trump is no fan of Iran. As a candidate, he had promised to tear up the Iran Nuclear Agreement. Having been frustrated in his attempts to do that — at least for now — the administration and its backers have been rumbling about changing the regime.

"The Trump Administration Wants Regime Change in Iran. But Regime Change Usually Doesn't Work." is from the July 31, 2017 Monkey Cage section of The Washington Post. It was written by Alexander B. Downes and Lindsey A. O'Rourke and narrated by Sam Scholl.