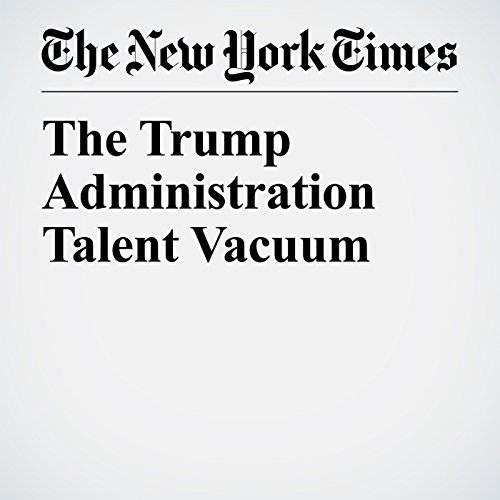 We have seen White Houses engulfed by scandal before. But we have never seen a White House implode before it had the time to staff up. The Nixon, Reagan and Clinton White Houses had hired quality teams by the time their scandals came. They could continue to function, sort of, even when engulfed.

"The Trump Administration Talent Vacuum" is from the May 18, 2017 Opinion section of The New York Times. It was written by David Brooks and narrated by Barbara Benjamin-Creel.