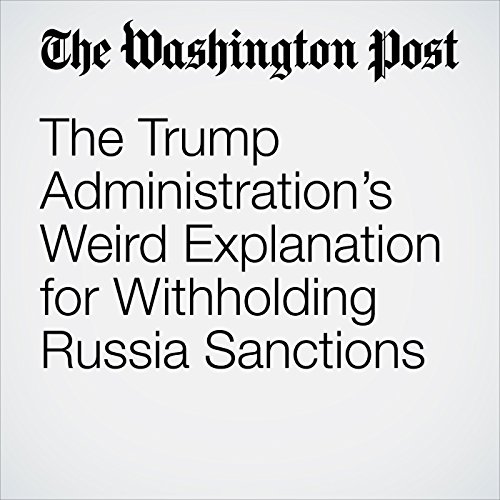 We may be wading into the first constitutional dispute of the Trump administration. On Monday night, the State Department announced it would not impose the sanctions that Congress passed in mid-2017. But its justification for doing so has gaping logical holes.

"The Trump Administration’s Weird Explanation for Withholding Russia Sanctions" is from the January 30, 2018 Politics section of The Washington Post. It was written by Aaron Blake and narrated by Sam Scholl.