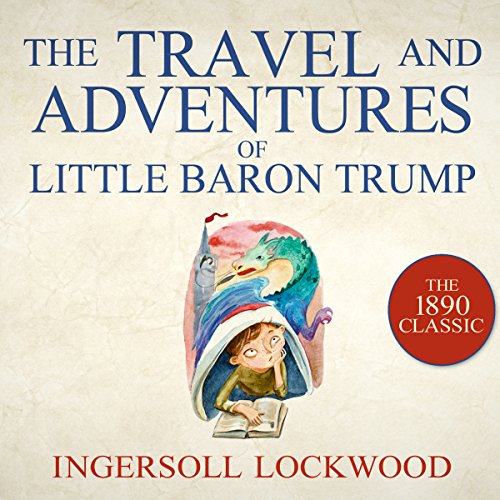 The Travel and Adventures of Little Baron Trump

Ingersoll Lockwood invented the fictional character Baron Trump in 1890 for a two-part sci-fi/fantasy series about a privileged German heir who undertakes a sequence of fantastic voyages. The style of the Baron Trump series - a mix of fantasy and young-reader-oriented science fiction - anticipated and may have influenced L. Frank Baum's Oz series. The Travel and Adventures of Little Baron Trump describes Baron's trip around the world with his little dog Bulger, meeting new races like the Wind Eaters, Man Hoppers, Round Bodies, and Melodious Sneezers, in as yet undiscovered lands. The unusual prescience of Ingersoll's narrative has given rise to a conspiracy theory that US President Donald Trump has had access to a time machine.

A lot of fun, and a sensitive study of a boy and his dog

Never mind that the boy is named almost as if he were the president’s son. His dog is named Bulger. There was no Mueller, however, and nary a Biden nor a Heinz.

If you’ve read a lot of Oz books, you’ll know that there are many without Dorothy and that they have a very different sensibility compared to The Wizard of Oz. This book is like those eerier Oz tales. I thought the narrator was over-acting at first, but came to enjoy his performance greatly.