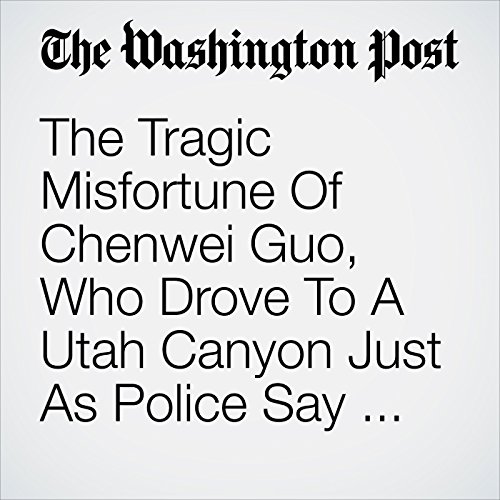 The husband and wife sat on the hill overlooking the dirt parking lot, watching cars crunch up the unpaved road into Red Butte Canyon. Authorities say they had already killed one man back in Colorado and were both wearing the dead man’s clothes against the Utah chill. Now they wanted to get to Tennessee.

"The Tragic Misfortune Of Chenwei Guo, Who Drove To A Utah Canyon Just As Police Say A Couple Sought Another Victim" is from the November 17, 2017 National section of The Washington Post. It was written by Kyle Swenson and narrated by Jenny Hoops.