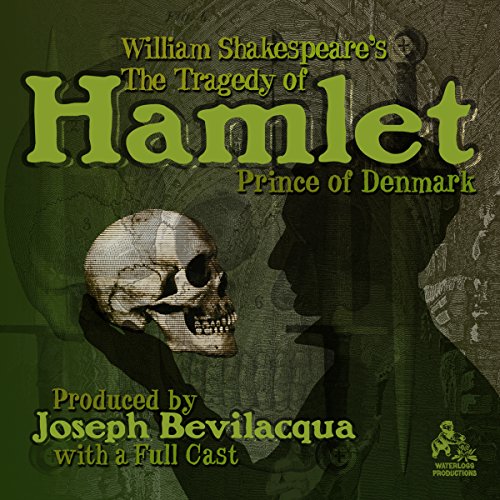 The Tragedy of Hamlet, Prince of Denmark (Adaptation)

When veteran award-winning radio theater producer Joe Bevilacqua was a student in his final semester at Kean College (now Kean University) in 1982, he designed his own course, in which he produced and directed a radio version of Hamlet.

Casting Kean faculty and students, and portraying the melancholy Danish prince himself, Bevilacqua did not simply complete his nearly four-hour radio adaption of Shakespeare's greatest work. He did so while carrying a double major in speech-theater-media-communication and English and while producing, acting in, and sometimes writing radio plays for the WKNJ Radio Theater he founded at the college station. He also portrayed Dr. Martn Dysart in Equus on the Kean Stage and worked 24 hours per week as the assistant manager of Kean's Writing and Math Lab.

Bevilacqua went on to become one of the most prolific radio-drama producers in the United States as well as an on-camera actor in such films as The Fly Room and The Better Angels. He also appeared in television shows, including portraying British General Bernard Montgomery in the History Channel's The Wars and the head of NBC in 1931 for HBO's Boardwalk Empire.

The Tragedy of Hamlet, Prince of Denmark is a tragedy written by William Shakespeare at an uncertain date between 1599 and 1602. Set in the Kingdom of Denmark, the play dramatizes the revenge Prince Hamlet is instructed to enact on his uncle, Claudius. Claudius had murdered his own brother, Hamlet's father, and subsequently seized the throne. He also married his deceased brother's widow, Gertrude.