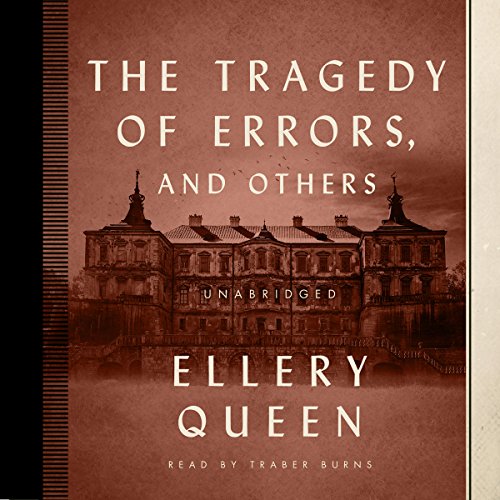 The Tragedy of Errors is the lengthy and detailed plot outline for the final but never published Ellery Queen novel, containing all the hallmarks of the greatest Queen mysteries - the dying message, the succession of false solutions before the astonishing truth is revealed, and scrupulous fair play to the listener. And the theme is one that Queen had been developing for many years: the manipulation of events in a world going mad by people who aspire to the power of gods.

Cosa pensano gli ascoltatori di The Tragedy of Errors, and Others