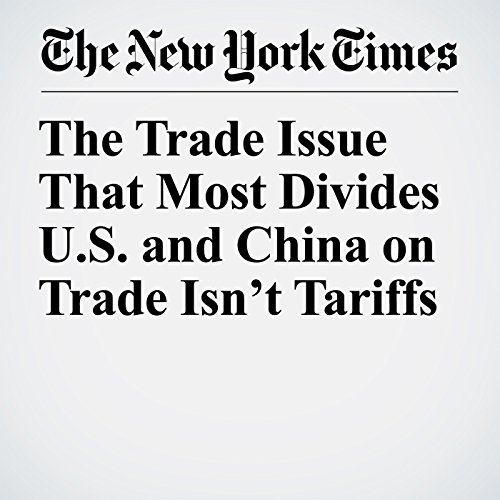 BEIJING — China has struck a hard stance on the issue at the root of the looming trade fight between Beijing and Washington: China’s government-led drive, which Washington describes as breaking international rules, to build the cutting-edge industries of the future.

"The Trade Issue That Most Divides U.S. and China on Trade Isn’t Tariffs" is from the March 26, 2018 U.S. section of The New York Times. It was written by Keith Bradsher and narrated by Fleet Cooper.